Injured While on Vacation – What to do?

Injured While on Vacation – What to do? 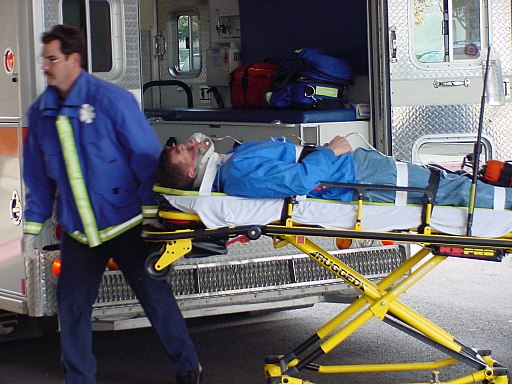 I can’t recall the number of times people have called us after returning from a weekend in Las Vegas where they were injured in a traffic accident. Since most people are under the mistaken belief that their auto insurance is their source of recovery, they don’t see the fact that the accident happened outside of California as being important. But, where the accident occurred is often very important.

Let’s say you live in Las Vegas and you come down to our beach in San Diego. While crossing the street with your fish tacos in hand, a local driver hits you in the crosswalk. Can you sue in Las Vegas? Often people think that since they did nothing wrong, their claim can go home with them and the at-fault driver will have to deal with having to go out of state. That is not how the legal procedure works in California. The action is brought where the defendant resides, has their principal place of business, or where the accident occurred. For example, you live in Las Vegas, have an injury accident in San Diego, and the driver that is at-fault was visiting from Phoenix, Az. Typically, your claim venue choices would only include where the accident happened (San Diego, CA) or where the defendant resided (Phoenix, AZ). If you filed your lawsuit against the at-fault driver in another location, such as back in Vegas, chances are the action would be subject to removal to a different venue.

Now for the San Diegans injured in Las Vegas, we urge them to hire an attorney in Las Vegas, like Rodney Okano. There are several reasons why an attorney in the area where the lawsuit will be filed should be hired from the inception of the claim. Experienced local counsel will often know healthcare providers who can help you with your injuries. From time to time, I see great clinical doctors who refuse to testify for their patients. Obviously, that is something best learned at the inception of the case. Local counsel will frequently know the defense attorneys for each insurance company and what their tendencies and practices are. Local counsel will also often have a better feel for jury proclivities and injury values in their area.

So, if you are injured due to someone’s negligence while you are on vacation, do you have to spend the rest of your vacation interviewing personal injury attorneys? Probably not. The focus should probably be on getting your injuries treated and then making the most of what’s left of your trip. But, hiring local counsel in the area where the accident occurred should be a primary order of business after you unpack your suitcase.

About the Guest Author:

Steve Gnau, Esq. (California) is an attorney in California and a founding partner of the Traffic Accident Law Center. As the name implies, the firm almost exclusively handles San Diego personal injury victims with injuries arising from motor vehicle collisions in claims against insurance companies and in litigation. Mr. Gnau has been licensed in, and only in, California since 1995. As a result, the content of his writing is not legal advice but rather his opinions. For example, Mr. Gnau is not qualified to give legal advice in Nevada.